North Country Blue (NCB) emerged in the fall of 2017, when some of the best young bluegrass musicians in California – at the time just 13 and 14 years old – decided to join forces and see what they could do.  Since that time, the band has appeared at top venues and festivals throughout California and beyond – Strawberry Music Festival, the Father’s Day Festival in Grass Valley, the Good Old Fashioned Bluegrass Festival, Viva Las VeGrass in Las Vegas, and the Freight & Salvage in Berkeley – and has excited audiences wherever they perform.  The band put out a full-length CD to great acclaim in 2018, featuring a number of original works and interpretations of traditional and contemporary material.  Band members have represented the California Bluegrass Association in the “Kids on Bluegrass Program” at the International Bluegrass Music Association’s conference in Raleigh, North Carolina, and they are all stalwart teachers in the CBA’s Youth Academy program each summer, bringing the next generation along.  North Country Blue was a finalist in the 2019 RockyGrass band competition, competing against bands from all over the country. Although most of the band members are still in high school, NCB has already taken its place as one of Northern California’s most popular and highly sought-after bluegrass bands. 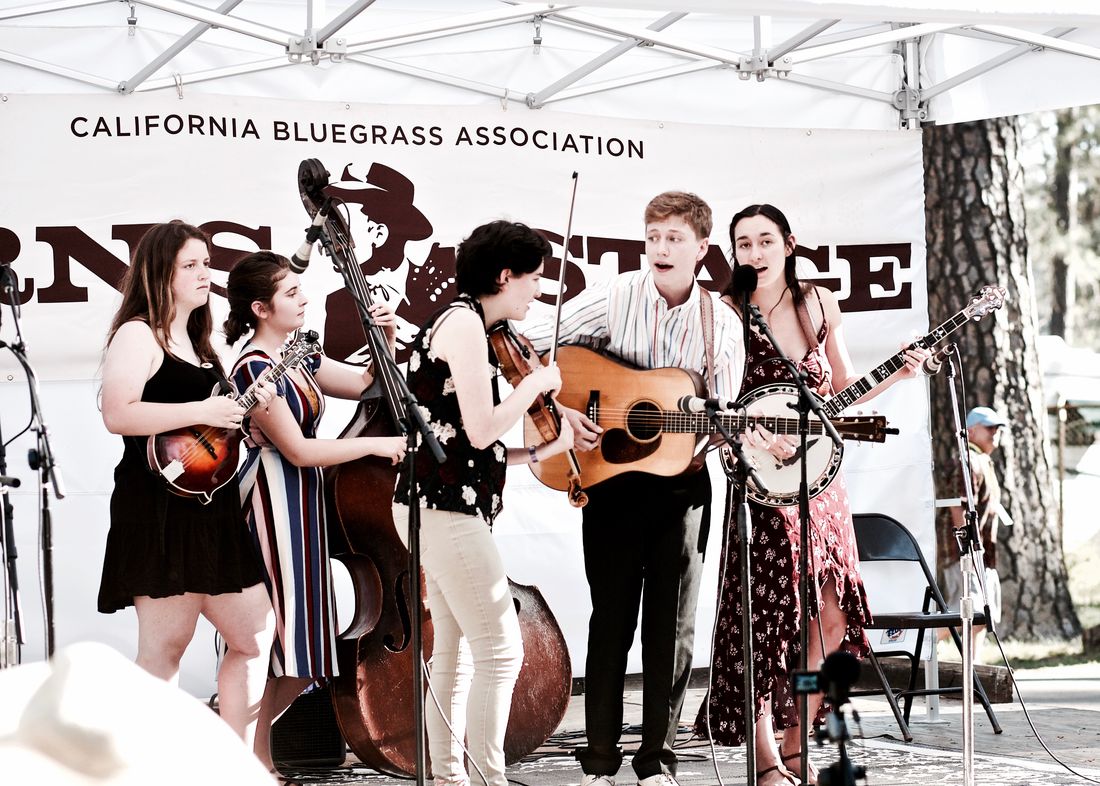